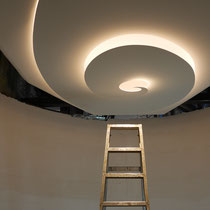 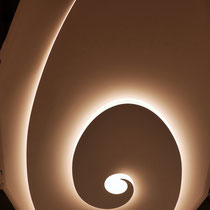 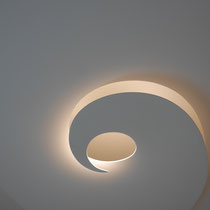 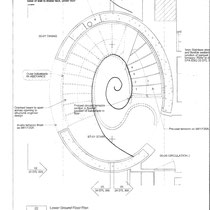 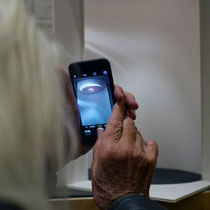 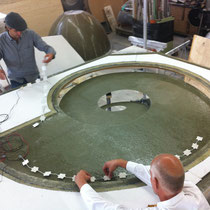 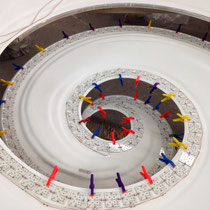 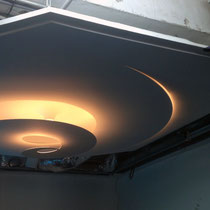 The spiral is a luminous sculpture that seems to grow out of the ceiling. The first of these recessed ceiling luminaires was designed & installed in 2005.  Three further versions have been realized since then. The shapes where based on mathematical formulas or where drawn as 3d-splines following hand sketches from Ingo Maurer.

Free form surface modeling in 3d was the precondition to construct a mould and build the object from it.

The spiral is made of fiberglass and carbon fibre. Installed in the ceiling it becomes part of the architecture.

Implementation and development of an idea by Ingo Maurer, 2014-2017.

In charge of installations in Lima, New York & London.